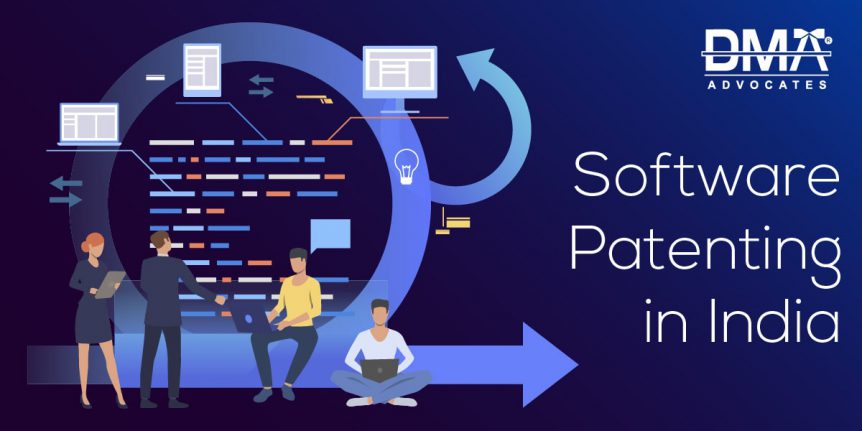 Software is a different kind of industry in which the input and output are intangible, making it a complex product different from the category of traditional goods. They are popularly defined as “a set of instructions to be used directly or indirectly in a computer to bring about a certain result.” A software patent is a process of patenting the performance of a computer realized utilizing a computer program.

Protection Under The Patent ACT:

The Patents Act, 1970 defines the word ‘invention’ under section 2(i)(j) as “a new product or process involving an inventive step and capable of industrial application”. As per section 2(1)(ja) of the Act, “inventive step” means a feature of an invention that involves technical advance as compared to the existing knowledge or having economic significance or both and that makes the invention not obvious to a person skilled in the art.

A Computer Program per se falls within the domain of Section 3 (k) of The Patent’s Act, which lists down the various inventions that are excluded from patent registration. The usage of the word ‘per se’ is only attached to computer programs, and the general understanding of the meaning of the word ‘per se’ is ‘by itself’ or ‘intrinsically’- to show that you are referring to something on its own rather than in connection with other things. Hence, Software by itself would not be patentable. However, a software that is part of a Computer-Related Invention is patentable.

Even regarding the observations of the Joint Parliamentary Committee while deliberating on amendments to the Patents Act, it is indicated that any subject matter involving a “computer program that may include certain other things ancillary to it or developed thereon would be allowed if they are inventions.

On 30th June 2017, a revised set of CRI guidelines were released, which formulated a new test that focuses on the substance of the program and removed the old test of novel hardware device requirement. As per these guidelines, functionality as a method will be judged based on the underlying substance of the invention by taking the whole claim together. Nonetheless, patents are still being granted based on the criteria of technical effect.

“If, in substance, claims in any form such as method/process, apparatus/system, computer program product/ computer readable medium belong to the said excluded categories, they would not be patentable. Even when the issue is related to hardware/software relation, the expression of the functionality as a method is to be judged on its substance. It is well-established that, in patentability cases, the focus should be on the underlying substance of the invention, not the particular form in which it is claimed. The Patents Act clearly excludes computer programs per se and the exclusion should not be allowed to be avoided merely by camouflaging the substance of the claim by its wording.”

An example of a substance interpretation would be Facebook which was granted a patent on February 2017 on a method “for generating dynamic relationship-based content, personalized for members of the web-based social network”. Facebook claimed that section 3(k) was not applicable in this case because the invention “implements a technical process and has a technical effect.”

According to Sec. 2 (o) of the Copyright Act, 1957, computer programs come within the ambit of literary works, thus making copyright the most common method of protecting software program. However, the Act does not differentiate between object code and source code, thus covering both kinds of codes under literary or artistic work. However, it protects the expression and not the underlying idea of the Software. So, while it may curb the unauthorized copying of the Software’s documentation, it does not protect the procedure, discovery or functionality of the program. Further, piracy of Software and copyright infringement are standard practices in the digital era, sometimes leading to the entire program code being copied. Thus, copyright protection is not a suitable and wholesome form of safeguard for Software.

Software Piracy occurs when one copies or distributes the copyrighted Software without due authorization. When one purchases a software, then they are buying the license to use it, and not the actual Software. This licensing stipulates the number of times one can install the Software. If one goes beyond the prescribed number, then they are engaging in an unauthorized and illegal activity. So when one is copying, sharing, downloading or installing multiple copies of Software, more than the permitted level, then it amounts to software piracy.

While big research companies may bear the impact of piracy, the one’s getting affected the most are the small firms who cannot sustain themselves in the face of such widespread piracy, and they end up getting discouraged and disregarded.
While the world is shifting from paper to digital, the need to protect software products becomes even more imperative. This is also applicable in India, as the country has witnessed a fast-growing IT sector in the last few years. While the making of Software requires a considerable amount of human, technical, and financial resources; it can be copied within seconds, at an infinitely small cost. The emergence of digital technologies is posing a threat to software publishers, as there is an increasing number of users who can now access these Software’s, thus, leading to a considerable loss of revenue for these software publishers.

While copyright is a widely used tool to furnish protection to Software, there are inherent loopholes in the legal framework of Copyright Act, that ends up getting misused. If work is challenged in the court of law, it must stand the test of ‘originality’ as prescribed by Section 13 of the ICA. However, originality is not defined under the statute. Still, it has been interpreted by the Supreme Court to mean that the author must put in a minimum level of intellectual effort or creativity. There are an ample number of cases where the requirement of originality was either not contended or even if it was, the threshold of proving it was elementary.

Another problem that persists in the current regime is the limited scope of protection offered by copyright law. Since copyright law protects only the literal expression and not the idea, certain non-literal elements of Software – such as designing, structure, organization, and user-interface, cannot be protected by copyright. While the courts have been trying to bring non-literal similarities also within the ambit of inquiry, the inconsistency in its application and reasoning can be disadvantageous for the software publishers.

This school of thought believes in rewarding owners of software patents their rightful recognition for their investment of time, money and efforts. The patenting system will help companies in recovering their costs which were spent in research and development and alternatively also encourage young programmers to participate in this niche area. Moreover, such systems benefit small and medium enterprises against larger firms, by furthering protection to their intellectual property against misuse. This is an essential advantage for Indian Software Industry in making its place at the International level against well-established MNC’s.

Software and other computer programs face intense competition in the market and are always at risk of being replaced or outdated by competing products and newer technologies. Further, it also suffers economic loss as users widely access them without any payment along with the added threat of being copied or pirated. Such practices need to be curbed through the mechanism of IP laws that can protect the economic interest of the owners while also promoting innovation in the market.

In this global debate, many have expressed their dissent and raised their voices against Software patenting. They believe that the Patenting system may discourage young programmers from adopting new ideas and creating new codes because of the complexity of obtaining licenses on the grounds of specific functionalities. Further, the intricate nature of Software, which has millions of code lines, makes it difficult to ascertain the existing patent coverage and might lead to the overlapping of codes and fear of infringement.
Some also argue that due to the long duration of a patent assignment, that of 20 years, it might hamper the development of improved and new products due to the tight monopoly and control on codes by market leaders. This leads to the growth of the grey market in pirated Software and discourages innovation.

The unprecedented division over patent eligibility based on the “abstract idea” construct among the courts and judges in the Alice v. CLS case, the post-Alice contradictory decisions and the trend of rejecting or invalidating software patents, as well as the uncertainty about the concept of “computer program as such” (or “per se”) in Europe and China, present a confusing reality of the software regime.
However, there have been recent developments that have taken place, as the patent offices in the US, Europe and China, have revised the patent guidelines, the USPTO has provided clear definitions of “abstract ideas” and “further technical effect”, and distinctions have been made between a “computer program per se” and “computer-implemented inventions” by the CNIPA. These developments are although helpful in patent examinations. They cannot solve the root problem and fix the predicament.

To prevent software piracy and incentivize software developers, we need the scope of software patentability to be expanded. Source codes and Software need to be recognized in its individual and independent capacity.
We need clarity even at the International level, as the software patent dilemma is a global one and the future of the world is that of borderless technologies. Above all, we need to adopt a Software Treaty at the International level to provide a global solution in this age of the internet. Even though India was the first nation to provide statutory protection to the Software, it somehow lagged in the area of Software patenting in comparison to other countries. While the USA and EU have realized its importance in the current regime, India still has a long way to go.
Since copyright only protects the written or literal element of Software and patent protects the mechanical aspect of Software, may argue that a mechanism should be formulated for Software that simultaneously protects both literal and mechanical components. While the courts are trying to bridge this statutory gap, the legislature needs to develop a comprehensive set of unified guidelines, examining the needs of the software development industry in the current regime. This not only helps in uniformly applying the law but also helps in curbing the menace of software piracy. 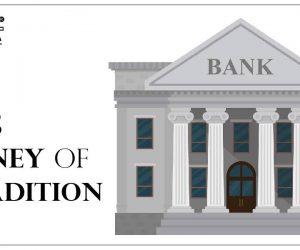 INTRODUCTION: Extradition plays a vital role in the international battle against crime, as crimes ...

END_OF_DOCUMENT_TOKEN_TO_BE_REPLACED 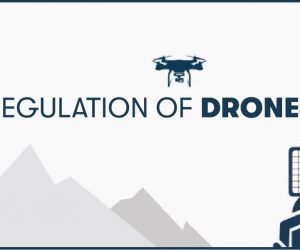 With the advent of Unmanned Aerial Vehicle (UAV) or popularly known as Drones, we ...