At least one half of the global population are women, who are often regarded as a weaker sex when compared to man’s superiority and dominance In fact the equality between men and women was almost unknown to our country until the recognition was made in our constitution. Therefore the Indian Constitution not only gives equality to women but also empowers the state to take affirmative measure in order to protect women from any kind of discrimination or harassment. Therefore Parliament has enacted new laws with a hope to free Indian women from any kind of Inequality, discrimination or exploitation. Parliament has recently amended IPC in 2013, also enacted Sexual Harassment of Women at Workplace Act, 2013, Protection of Children from Sexual Offences Act, 2012 for women empowerment.

Rape in simple language would be an unlawful sexual intercourse done with force and without consent of the women. Sec 375 of the IPC was amended in the year 2013 by replacing the word sexual assault with rape, which was the recommendation of 172nd Law Commission’s Report. There was a great need for such changes to be made in the law because of several reasons like the male dominant society, influence of television and cinema, poverty, revenge, superstition etc.

Rape is generally classified into Marital Rape, Gang Rape, Rape in Uniform, Statutory Rape and Date Rape. However, marital rape is not been recognized in India till date. Punishment for rape depends upon how grievously the act was done. IPC provides for punishment for rape.

According to Sec 375 of the Indian Penal Code, exception to rape is when there is a sexual intercourse by a man with his own wife, the wife not being under fifteen years of age is not a rape.

It is necessary to give marital rape a legal recognition in India because of several facts. As it is an assumed fact in India that once a marriage is solemnized between a male and a female there is a requirement to have sex with the husband and give birth. Further, the fact that women in India even in the 21st century lives with the fear of her husband or the in-laws. And as there is illiteracy still existing in India it could be untended that men assume to overpower women in every way they can, which makes it a necessity to legalize marital rape in India.

However, it is necessary to criminalize this atrocious act in India because a study suggests they are 10 to 14% of women who are raped by their husbands.

Whereas if taken into consideration the laws of different countries

Domestic Violence not only includes any violence done by husband but also includes any harassment done by his parents or siblings. This protection was extended not only to the domestic relationship but also to women who are in live in relationship. The harassment could either be physical or mental one. One of the main reasons for such harassment is Dowry and to prohibit the same the parliament has enacted the Domestic Violence Act, 2005 which has stricter provisions regarding any harassment which is done to women.

As the Indian government has understood and recognized the Domestic Violence against women and gave them the power to raise their voice it would not be wrong to be optimistic about the Indian Government to criminalize marital rape with the increase of this wrongful act. Further, with the increase rate of these crimes, it would not be fair enough to burden the government with the whole responsibility; it is the people who have to undergo a change in their ideology and bring about a better and civilized and safe society for women.

Rights of Private Employment Under The Indian Labour Laws 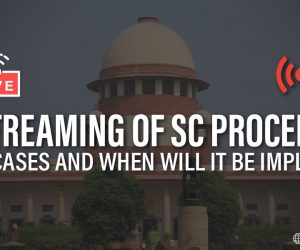 The Supreme Court of India on September 26, 2018 allowed live streaming and video ...

END_OF_DOCUMENT_TOKEN_TO_BE_REPLACED 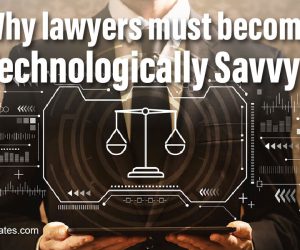 It is a universally accepted fact that technology and development go hand in hand. ...