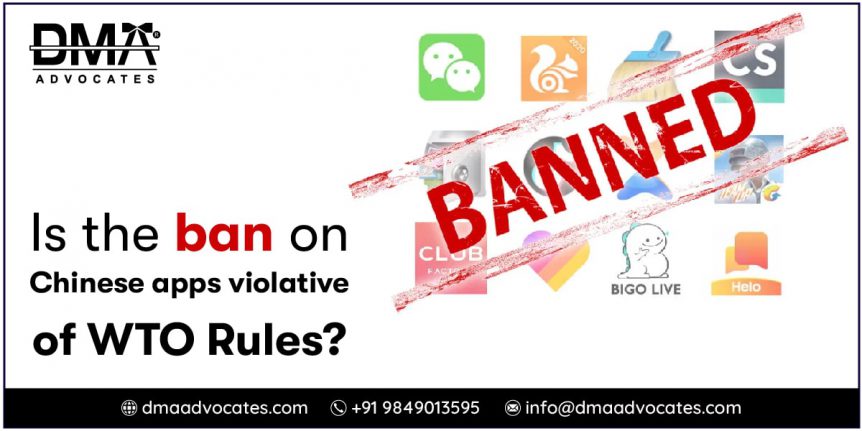 On 29th June 2020, the Government of India has banned 59 Chinese apps, including WeChat, Cam Scanner, TikTok, and UC Browser, which are highly popular and have enjoyed India’s dominance over some time. “China is strongly concerned, verifying the situation,” said the Chinese Foreign Ministry Spokesperson, Zhao Lijian. The ban has come in the backdrop of current stand-off along the Line of Actual Control in Ladakh with Chinese troops. India has banned these apps as it would be prejudicial to the sovereignty, integrity, and security of the state and public order. India has been concerned about the possibility of user data being transferred to China. It could be sharply observed that China took over India’s application ecosystem as five out of India’s top ten mobile apps were Chinese. Subsequently, India, with a population of over 1.3 billion people, is a market of 800 million smartphone users. India has already beaten the United States in terms of mobile app downloads. Therefore, India is a critical market for China as it will hit some of the big companies that will feel the pinch and look at India as a stepping stone to the world market.

A spokesperson, Ji Rong of the Chinese Embassy in India claimed that the Government of India’s measure is violative of World Trade Organisation rules and is selectively discriminatory against the Chinese apps based on unambiguous and far-fetched grounds. He also added that ‘the measure taken by the Indian government would be against the general trend of International trade and e-commerce and internationally to the interests of the consumers and the market competition in India.’ While banning these apps, the Indian Government should bear in mind the fundamental interests of both the nations and the bilateral relations’ overall interests. China has been deeply disturbed and opposed to such action as it is creating not only an unjust and unfair business environment but also runs against the fair and transparent policies of the World Trade Organisation rules, claimed the spokesperson. China has claimed that the apps are strictly in compliance with the Indian laws and regulations and subsequently provide efficient services to the consumers, entrepreneurs, and creators. By banning these Chinese apps, it would not only be detrimental to the livelihood of many entrepreneurs and creators but also affect the employment of many local Indian workers who support these applications.

Is the ban on Chinese apps violative of World Trade Organisation rules?

China alleged that India’s Government had violated the General Agreement on Tariffs and Trade (GATT) agreement. The GATT agreement is a legal agreement between the nations whose main objective is to promote International trade by minimizing or eliminating the potential trade barriers in terms of quotas or tariffs. World Trade Organisation is an intergovernmental organization that is primarily concerned with the regulation of international trade between the nations. Assuming that India violates the GATT agreement, India has a strong stance/case compared to China under WTO exemption rule based on security-grounds. Therefore, India can invoke the security exemption clause under the GATT agreement enumerated under Article XXI (b) (iii), which allows any nation to make decisions “in time of war or other emergencies in international relations.”
It is pertinent to note that the ban by the Indian Government has been imposed under Section 69-A of the Information Technology Act, 2000. As per this section, the Central Government is empowered to block the online content and arrest the respective culprit. The Government has the power to direct the internet service providers to stop for access by the public to “any information generated, transmitted, received, stored or hosted in any computer resource. The center observed that there had been raging concerns in terms of data security. Hence, the Government must safeguard the privacy of more than 1.3 billion people and counting. It has come to the notice of the Ministry of Information Technology’s that the mobile apps available on platforms like Android and IOS are stealing and transmitting data of the respective users in an unauthorized manner to people who do not even reside in India. Therefore, to protect the integrity, the sovereignty of India, and the security of the state and public order, the Government of India banned the Chinese apps under Section 69-A of IT Act, 2000.
On the other hand, it could be argued that the action taken by the Indian Government would not be construed as a legal order under Section 69-A of the Information Technology Act, 2000. According to Internet Freedom Foundation (IFF), an internet-policy think tank, although Section 69-A allows the Central Government to block the content if it threatens the security of the nation. However, the section also lays down specific protocols which need to be complied with before blocking the content or website in question. Hence, it is argued by IFF that the Government of India did not follow the procedure and as per ‘The Blocking Rules, 2009’, which specifically requires a defined process of notice, hearing, and reasoned order, the roots of which emerges from the case of Shreya Singhal vs. Union of India held to be constitutionally valid by Supreme Court and applies to all grounds for blocking, including those premised on national security. According to the Shreya Singhal judgment, ideally, the Government is supposed to contact the originators of the content in the absence of which they can reach out to the intermediaries. However, the distinction between an originator and an intermediary is complex as in the current scenario, rather than blocking the specific content, entire apps have been banned. In the past, the intermediaries have protested against the legally flawed orders passed under Section 69-A, the highlights of which could be traced back in the case of Facebook. Inc vs. The State of West Bengal & Anr.

In conclusion, the measures taken by the Government of India in banning these 59 Chinese apps is a crucial step in the “interest of sovereignty and Integrity of India, defence of India, security of the State, friendly relations with foreign States or public order or for preventing incitement to the commission of any cognizable offence.” The Government of India has every right to ban these apps if the Government is satisfied that such apps pose an imminent threat to the nation’s security. Despite the rules specified under the Information Technology Rules, 2009, the Government can issue ban orders immediately without complying with the detailed procedures established in the case of an emergency. Therefore, India is not in violation of the GATT agreement by the WTO rules-based on security grounds. In the current scenario, India can invoke Article XXI (b) (iii) of the GATT agreement as these apps could cause a serious threat to the security of the nation because the data has been transmitted through these apps in an unauthorized manner to the locations outside India which would be catastrophic to India at many levels. Therefore, the decision to ban these apps was taken under the emergency provision. Also, China’s approach to WTO complaining about India’s decision could prove to be counterproductive in justifying the banning of apps and other websites within its territory, which would further lead to a situation of a can of worms.

Incompatibility of the goal of forestalling expanded number of defaults by different undertakings amid ...

END_OF_DOCUMENT_TOKEN_TO_BE_REPLACED 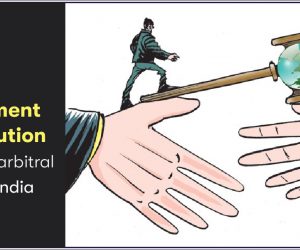 Enforcement and Execution of Foreign arbitral awards in India

The arbitral award means the decision of an arbitral tribunal, whether in domestic or ...