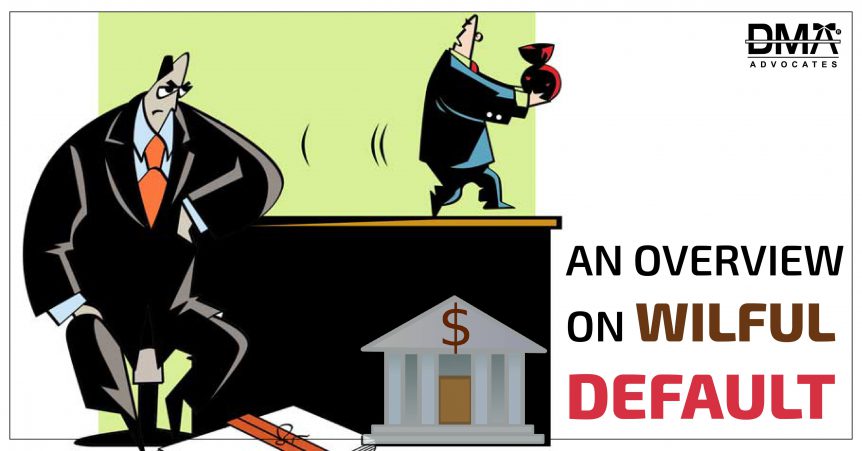 The RBI defines a borrower as a ‘wilful defaulter’ if the company has not met repayment obligations despite having the capacity to do so. While a ‘wilful default’ tag does not necessarily imply wrong-doing on the part of the promoters, the classification is also used while referring to loan fraud cases, where the borrower has diverted the loan for purposes other than those initially stated

WHO ARE WILFUL DEFAULTERS?

The general significance of the word ‘default’ is inability to reimburse advances profited by a borrower from a bank as well as monetary institution(s). A wilful defaulter is an element (lawful/regular) who has not reimbursed the advance sum regardless of its budgetary capacity to reimburse it.
It is important to know that the entire subject of wilful defaulters comes within the domain of RBI.The Reserve Bank of India (“RBI”) has defined the ‘wilful default’ as a ‘unit’ (individual/company) which has defaulted in meeting its payment obligations or not utilized the finance from the lender
for the specific purposes for which finance was availed or has siphoned of the funds.
In case of business enterprises (other than companies), banks / financial institutions may also report (in the Director column) the names of those persons who are in charge and responsible for the management of the afairs of the business enterprise

A Master Circular dated July 1, 2013, (“2013 Circular”) incorporating all the guidelines issued on cases of wilful default, were issued.The reason for existing was, to set up a framework to spread credit data relating to wilful defaulters for alerting banks and other monetary establishments in order to guarantee that further bank fund isn’t made accessible to them.

Wilful default would be deemed to have occurred –

Who are Wilful Defaulters under the 2015 Circular:

– The evidence of wilful default on the part of the borrowing company and its promoter / whole-time director at the relevant time would have to be examined by a Committee headed by an Executive Director, or equivalent and consisting of two other senior officers of the rank of GM / DGM

Before being declared as wilful defaulters –

– If the Committee presumes that an occasion of wilful default has happened, it will give a Show Cause Notice to the concerned
borrower and the promoter / whole-time director and call for their submissions and after considering their submissions issue an order recording the fact of wilful default and the reasons for the same. An opportunity should be given to the borrower and the promoter / whole-time director for a personal hearing, if the Committee feels such an opportunity is necessary; and
– The order of the Committee should then be reviewed by another Committee headed by the Chairman / Managing Director, or the Managing Director & Chief Executive Officer / CEOs and consisting, in addition, to two independent directors / non-executive directors of the bank and the Order shall become final only after it is confirmed by the said Review Committee.

After being declared as a Wilful Defaulter:

– No additional facilities should be granted by any bank / FI to the wilful defaulters. In addition, the entrepreneurs /promoters of companies where banks/FIs have identified siphoning / diversion of funds, misrepresentation, falsification of accounts and fraudulent transactions would be debarred from institutional finance from the scheduled commercial banks, etc and floating new ventures for a period of five years from the date the name of the wilful defaulter is published in the list of wilful defaulters by the RBI;
– With an objective of restricting access to the wilful defaulters in the capital markets and to enable them to raise funds, the market regulator, SEBI has also imposed certain impediments on such defaulters;
– Certain Public sector banks also have formulated guidelines, qua publication of photographs of wilful defaulters (on a case to case basis) in newspapers;
– The lenders may initiate criminal proceedings against wilful defaulters, wherever necessary Banks and FIs should adopt a proactive approach for a change of management of the wilfully defaulting borrower unit, wherever possible and
– Under section 29A of the Insolvency and Bankruptcy Code, 2016, a wilful defaulter cannot be a resolution applicant.

While the penal measures indicated would normally be attracted by all the borrowers identified as wilful defaulters or the promoters involved in diversion / siphoning of funds, keeping in view the present limit of Rs.25 lakh fixed by the Central Vigilance Commission for reporting of cases of wilful default by the banks / FIs to RBI, any wilful defaulter with an outstanding balance of Rs.25 lakh or more, would attract the penal measures stipulated at paragraph 2.5 below. This limit of Rs.25 lakh may also be applied for the purpose of taking cognisance of the instances of siphoning / diversion of funds.

The Hon’ble Bombay High Court recently in the matter of Kailash
Shahra vs IDBI Bank
1, taking into account the above events had held that mere default is not enough to declare a director a wilful defaulter, an intentional, deliberate act comes will only under the definition of wilful default, and lastly the borrower company, its promoter/ whole-time director can be subjected to such a declaration, but for that, there should be evidence, qua them. The 2015 Circular, however deviated from the 2013 Circular,entitled the borrower to only one opportunity to present his case before the First Committee which would issue him a show cause notice, if they proposed to declare him a wilful defaulter. The borrower may then make his submissions upon such notice being served and had no right thereafter to be appear and/or make submissions.
The Supreme court in the case of State Bank of India Vs. Jah
Developers Pvt. Ltd.held that
“…given the fact that paragraph 3 of the Master Circular dated
01.07.2013 permitted the borrower to make a representation within 15 days of the preliminary decision of the First Committee,
we are of the view that first and foremost, the Committee comprising of the Executive Director and two other senior officials, being the First
Committee, after following paragraph 3(b) of the Revised Circular dated 01.07.2015, must give its order to the borrower as soon as it is made.The borrower can then represent against such order within a period of 15 days to the Review Committee. Such written representation can be a full representation on facts and law (if any).The Review Committee must then pass a reasoned order on such representation which must then be served on the borrower.
Given the fact that the earlier Master Circular dated 01.07.2013 itself considered such steps to be reasonable, we incorporate all these steps into the Revised Circular dated 01.07.2015.”

Right to be represented by a Lawyer –

The Supreme court in the case of State Bank of India Vs. Jah Developers Pvt. Ltd. has held that a person has no “right” to be
represented by a lawyer in “in-house” proceedings initiated by banks or financial institutions to declare him wilful defaulters for non-payment of dues.
The case before the Supreme Court involved consideration of Master Circulars issued by the Reserve Bank of India (RBI) on w
ilful defaulters in 2013 and 2015 (revised circular). Both circulars dealt with defining a “wilful defaulter”, the in-house
proceedings that would have to be conducted before a borrower is declared a wilful defaulter and the consequences that would follow for the borrower if such a declaration is made.
The question before the Court was framed as follows,
“…whether a lawyer ought to be allowed to represent the borrower
before the First Committee and/or Review Committee under the
Revised Circular dated 01.07.2015.”
The Court further explained its conclusion as follows:
The State’s judicial power is the power to decide a list between the parties after gathering evidence and applying the law, as a result of which, a binding decision is then reached. This is far from the present case as the in-house committees are not vested with any judicial power at all, their powers being administrative powers given to in-house committees to gather facts and then arrive at a result.It cannot be said that the Circulars in any manner vests the State’s judicial power in such in-house committees. On this ground, therefore, the view of Delhi High Court is not correct, and no lawyer has any right under Section 30 of the Advocates Act to appear before the in-house committees so mentioned.
The said committees are also not persons legally authorised to take evidence by statute or subordinate legislation, and on this score also,no lawyer would have any right under Section 30 of the Advocates Act to appear before the same.
The Court added that there is no unconditional right to legal representation, and that the same would depend on the facts of each case.
“ When it comes to whether the borrower can, given the consequences of being declared a wilful defaulter, be said to have a right to be represented by a lawyer, the judgments of this Court have held that there is no such unconditional right, and that it would all depend on the facts and circumstances of each case, given the governing rules and the fact situation of each case.”
The Court further opined that even oral hearings may not be insisted on as a right in all proceedings. It was observed,
” Given the scheme of the Revised Circular, it is difficult to state that oral hearing is mandatory. It is even more difficult to state that in all cases oral hearings must be given, or else the principles of natural justice are breached. A number of judgments have held that natural justice is a flexible tool that is used in order that a person or authority arrive at a just result. Such result can be arrived at in many cases without oral hearing but on written representations given by parties, after considering which, a decision is then arrived at.” 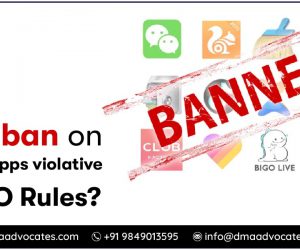 Is the ban on Chinese apps violative of WTO Rules?

END_OF_DOCUMENT_TOKEN_TO_BE_REPLACED 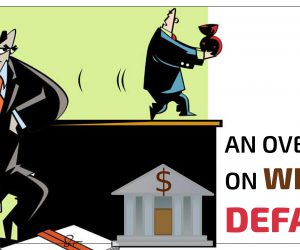